Delhi : Startled by the exodus of millions of labourers amid the Covid-19 lockdown, NITI Aayog has prepared a draft policy on migrants.

Eminent corporate lawyer — Gautam Khaitan has called National Policy on migrant labour essential for the overall development of the nation. While calling them “nation makers,” he said, “It was disheartening to witness painful images of migrant labour moving back to their native places soon after the lockdown was announced.

Some walked along with their families hundreds of kilometres. The whole nation felt their pain when heart-wrenching images were floating on the TV and internet.”

He said that it was the consequence of having a vacuum of national policy on migrant labourers. “During the lockdown, the Centre, as well as the states, extended all possible measures to ease the plight of our nation makers. From providing shelters, food to arranging special buses and trains, the government tried to provide all sorts of assistance to them. However, it is important to note that all this happened because of the policy vacuum on migrants.”

During several weeks of lockdown, the exodus of at least 10 million migrants has been confirmed by the government. Galvanised by such mass departure, Niti Aayog along with the working subgroup of officials and other experts has constituted a draft National Migration Labour Policy.

“It is a welcoming step. The content of the draft is based on the holistic approach. On the one hand, it talks about providing quota, reservation, and cash transfers, and, on the other, it talks about removing hindrances so that they can grow naturally.”

Gautam Khaitan indicated that the principle of the draft heavily relies on the Report of the Working Group on Migration, 2017. The report said that the movement of people from agriculture to services and manufacturing represents the success of internal migration in the country. On the same lines, the draft says that migration should be considered as an “integral part of development,” and hence, it should be promoted by the government.

However, the Parliament has previously legislated few laws such as The Inter-State Migrant Workers Act, 1979 to protect the migrants from exploitation. Due to the limitations of the Act, it was observed that it failed to provide umbrella protection to all categories of labourers. Amongst several other things, the Draft also talks about establishing labour officers on the source and destination of every major migration to provide quick assistance.

“First of all, it is essential to change the mentality first. Migrants are not a sign of underdevelopment. As the Draft acknowledged, they are inherent to development. With this approach, when it will be implemented, it is going to bear good results. A much-awaited policy coming at the right time. This will not only promote interstate migration, but it will also ensure exploitation-free development of our cities.”

i) no train or bus fare should be charged to migrant workers, ii) free food should be provided to stranded migrants by the concerned State/UT government and this information should be publicised, iii) States should simplify and speed-up the process of registration of migrants for transport and those registered should be provided transportation at the earliest and iv) the state receiving migrants should provide last-mile transport, health screening and other facilities free of cost. Further, The Apex Court also directed the state/UT governments to consider withdrawal of prosecution/complaints under Section 51 of Disaster Management Act filed against migrant labourers who allegedly violated lockdown orders.

My concluding remarks will be that the government needs to realise that making policies that seem effective on paper is not enough. Proper implementation is even more necessary.

Gautam Khaitan is a Delhi-based attorney and is the managing director of OP Khaitan & Co. He is known for his outspokenness on issues relating to the vulnerable sections of society.

Dietician and Detox expert urges everyone to take fitness on priority 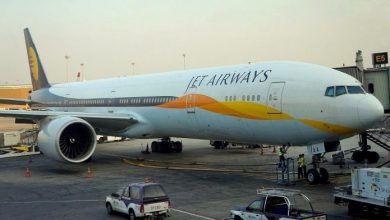 Without the routes, the airlines will fall flat; Deepak Talwar on debt-ridden Jet Airways

Sneha- A true epitome of strength and kindness
4 days ago

Sneha- A true epitome of strength and kindness

A home is something that’s probably gonna leave mesmerising imprints for life: Kirti Gangani
2 weeks ago

Sustainable wood housing makes its mark in India
2 weeks ago